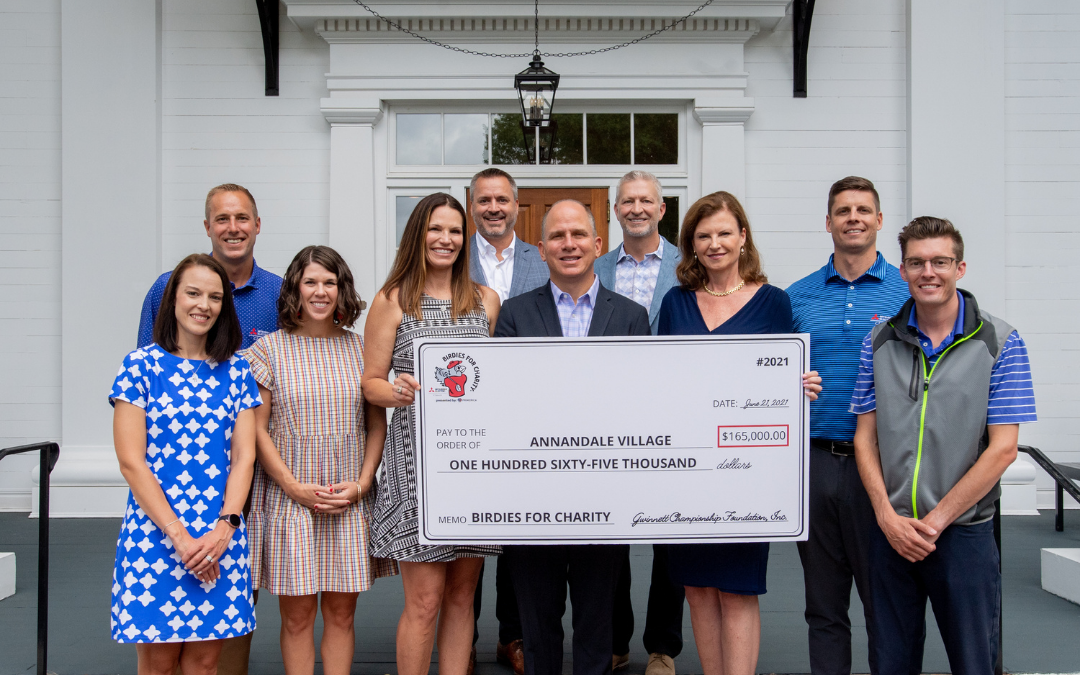 ATLANTA (July 6, 2021) – Together, the Gwinnett Championship Foundation and Primerica donated hundreds of thousands of dollars to local 501(c)(3) organizations through the tournament’s 2021 Birdies for Charity program.

“We’re thrilled with the success of this year’s program,” says Kathryn Kieser, EVP, chief reputation officer and chair of The Primerica Foundation. “Meeting with the deserving organizations and hearing their unique stories was enlightening. This donation will help them make a positive impact in the communities where we work and live.”

The tournament’s Birdies for Charity program provides metro Atlanta non-profit organizations with a unique opportunity to raise funds to support their respective missions.

Participating charities generate contributions leading up to tournament week, and in the end, the charities receive 100% of every donation collected on their behalf, plus additional matching funds.

About Primerica
Primerica is a leading provider of financial services to middle-income households in the United States and Canada. Licensed financial representatives educate Primerica clients about how to prepare for a more secure financial future by assessing their needs and providing appropriate products like term life insurance, mutual funds, annuities, and other financial products. Primerica insured over 5.5 million people and had over 2.6 million client investment accounts as of December 31, 2020. Primerica was the #2 Issuer of Term Life insurance coverage in North America in 2019 through its insurance company subsidiaries. Primerica stock is included in the S&P MidCap 400 and the Russell 1000 stock indices and is traded on The New York Stock Exchange under the symbol “PRI”.